St. Mary’s parish has joined in partnership with Congregation Sherith Israel to support a young family that has fled persecution in Honduras to seek asylum in the United States. This partnership, Nueva Esperanza Accompaniment Team (NEAT) seeks to help the Avila family access the resources and systems they need to live in dignity and security as they continue their quest for asylum.

We are happy to introduce you to this special family, Audenis, Olimpia and Alexandra Avila. (This family biography was specifically approved by Audenis and Olimpia and does not include information that may be personally sensitive or threatening to their legal status and cases.)

Audenis and Olimpia met in their home country of Honduras. At the young age of 17, Audenis had the courage to leave an abusive father and to seek sanctuary with his aunt in San Francisco. He has worked in restaurants to support himself and his family. Even as a teenager, Audenis was more concerned with for his family than himself and kept little of his earnings. Although he had never committed a crime (except the misdemeanor of illegal entry into the U.S.) and had lived as an exemplary citizen for many years, ICE detained Audenis on August 29, 2019. With interfaith community support and a packed courtroom, he was granted bond on February 24th, 2020.

Olimpia became a lawyer in Honduras and never lost touch with Audenis. When she came to the United States a couple of years ago, she also spent time in a detention center. Naturally warm and optimistic, she did not let even detention undermine her. She remembers her time there as positive and spiritual. “I had a lot of faith. I took it as a time to be with God. . . . It was in his hands.”

Still, Olimpia does speak of the struggles that followed. “Afterwards, once [Audenis and I] were together, we both went through serious tests. There were times when we were sleeping on the floor or that we were hungry. We suffered a lot.”

Audenis had a more difficult experience in detention. “I still wake up with nightmares about that time. Every time I remember it, I get the urge to cry.”

Despite his harrowing experience in detention, Audenis remains a nurturer who worries about his family. Olimpia suffers from a heart condition, while his beloved aunt has been infected with COVID-19. “My worry now is that [Olimpia] has not been able to complete the treatment for her heart, and there are moments when she is just walking and she gets tired. I am also worried for my aunt, who is the person who has most helped me, who is sick. And because of the pandemic, we have to be especially careful for Olimpia’s condition.” The Avilas do receive some help from their church, whose congregation and clergy are Latinx immigrants. When Audenis was released from ICE detention in February, many friends and relatives from his Latinx community scrabbled together the $10,000 bond. Without much money themselves, these devoted friends and relatives returned the love and care that Audenis always had given them.

Their daughter Alexandra was born one month before Audenis was detained. Upon release, Audenis said that he was “very happy, happy because . . . [i]it had been six months since I had last held by daughter, since I had last hugged her.” Olimpia says that Audenis “is extremely loving with her and also with me. We are going to have those special moments as a family.”

Audenis and Olimpia want the same things that we all want for our children. As Olimpia puts it, “We want to work so our baby can have a good life, a good education, and everything she needs. We want to be healthy and always to be together.”

This is the Avila family. If you want to join us in walking with this family as they establish their lives together in America, please contact David Crosson at [email protected]. 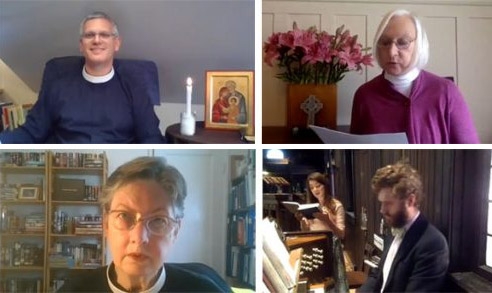