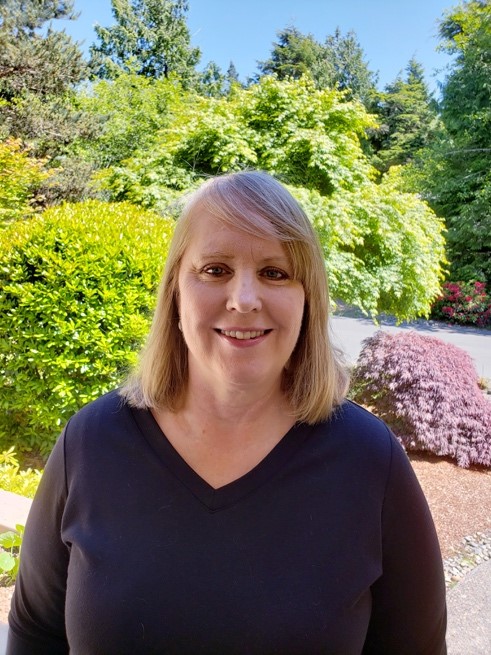 Lynne was raised in Gary, Indiana. She has an undergraduate degree from Stanford University and a law degree from the University of Illinois College of Law in Champaign-Urbana, Illinois. For the last 27 years, Lynne has worked as a Deputy Attorney General for the California Department of Justice in their Civil Division, Health Quality Enforcement Section.

Lynne was raised in the Episcopal Church, which was a chosen compromise between her parents who were raised Catholic (father) and Presbyterian (mother).Lynne discovered St. Mary’s shortly after moving to San Francisco in 1990 and found her spiritual home.

Lynne has served two previous terms on the St Mary's Vestry, with the Rev. Richard Fowler and with the Rev. Dr. Jason Parkin. She has served as a volunteer Youth Group leader, was a founding member of The Boomers’ house group in the 1990’s, and has organized the annual Parish Retreats, pancake suppers, Progressive Dinners, along with many other SMV community events. Lynne is an alum of the Cursillo program, and a graduate of the Education for Ministry’s (EFM) four-years’ small group study program. Recently, Lynne was a facilitator/participant for the inaugural St. Mary’s-sponsored Sacred Ground racial justice discussion series. For the last ten years, Lynne has been singing with the Parish Choir at the 11 a.m. service. You may also find her participating as the lector on Sunday mornings. 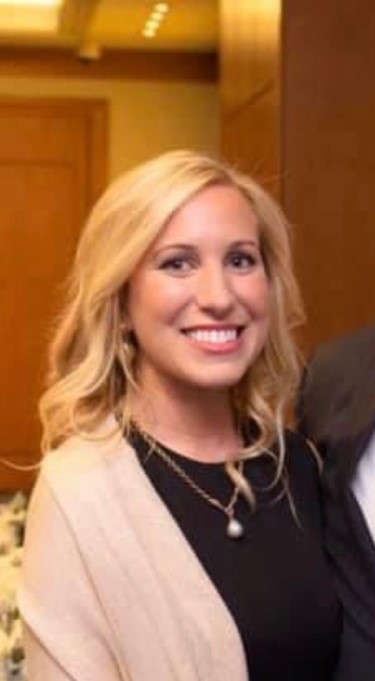 Elizabeth Falcon is a CPA and the VP of Finance and Operations at The Campaign for Female Education (CAMFED) where she has worked for the last 8 years. She is deeply passionate about CAMFED's nonprofit mission to help educate and empower young women in Sub-Saharan Africa. Prior to working for CAMFED, Elizabeth worked as a public accountant in Washington, D.C., auditing nonprofit organizations. She volunteers at The Commonwealth Club of California, The Junior League of San Francisco, and City Arts and Lectures. Elizabeth is a graduate of Claremont McKenna where she received a dual major in Psychology and Economics-Accounting. She grew up in Palo Alto and was confirmed at Trinity Episcopal Church in Menlo Park. Elizabeth enjoys being with her family and spending as much time as possible outdoors in the Aptos redwoods, her favorite spot. Elizabeth has been a parishioner at SMV since 2014, has served on the Finance Committee since 2018, and is extraordinarily grateful to be a part of the special SMV parish community. 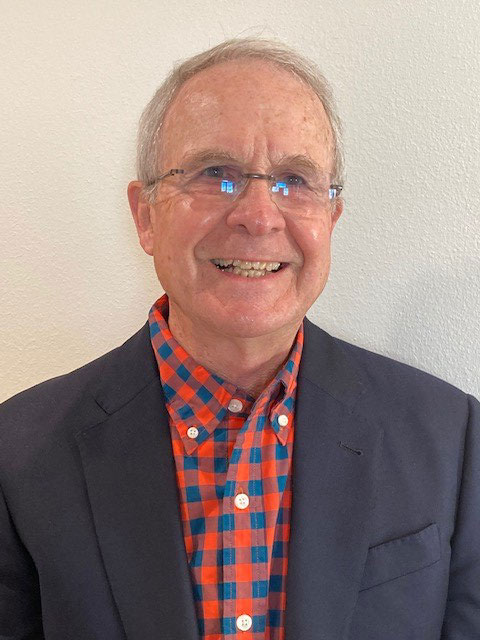 Russell began active church service as a youth choir member at Christ Episcopal Church in Manlius New York. He graduated from Princeton University with a degree in civil engineering in 1960 and, after working for a structural engineering firm in New York City for a year, spent two years in the Army at Fort Detrick, Maryland. He then came west to earn a graduate degree in Structural Engineering from UC Berkeley. Upon graduation in 1964 he commenced a term of over 50 years at the structural engineering firm GFDS Engineers where he became a Principal. One of his most significant achievements was as structural engineer for the Franklin D. Roosevelt Memorial in Washington, DC.

Russell began attending St Mary in the late 1970’s along with his son Gerard who served as an acolyte and his daughter Rachel who sang in the choir. His service at St Mary began as Sunday School teacher and moved on to lay Eucharistic minister. He served two terms on the vestry. Russell was coordinator for the lay Eucharistic visitor ministry for several years. He served on the building committee during the major renovation of the parish hall and Pixley House. Until Covid restrictions altered the program, he joined the volunteers who delivered food packages on behalf of the San Francisco Marin Food Bank.

Russell married Emily Swartz in 1967. When their son Gerard was diagnosed with hydrocephalus, Emily and Russell formed a parent support group that became the Hydrocephalus Association. Emily served as the executive director for over 20 years. Both Emily and Russell served on the board of directors and devoted a great deal of energy to its mission for many years. The Association has become an important funder of medical research directed toward finding a cure for the condition and serves the needs of those affected by the condition on an international basis. Gerard died in 1992. 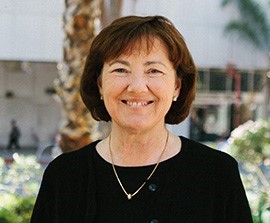 My husband, David, and I joined St. Mary’s in 2016. We had not been part of a church community for some time but we were drawn to St. Mary’s, and decided to give it a try.It felt like home from the start and we were grateful to have so easily found a spiritual home and a loving community.David died two years ago and I have particularly felt the embrace of St. Mary’s since then.


I grew up Catholic in Buffalo, went to college outside New York City, taught in Japan for two years, then worked in international trade with the Commerce Department in Washington DC. I then switched gears, went to Georgetown Law, and have spent the rest of my career as an attorney, both in Washington and, since 1991, in the Bay area. My earlier career was in private practice, but I have spent the last 15 years in health care policy advocacy with a non-profit focused on improving the lives of low-income older adults. I also served on the Board of Directors of the Legal Aid Association of California.

I have enjoyed participating in the life of St. Mary’s as a reader and Eucharistic Visitor, and as part of the Adult Formation Committee. During COVID, I have particularly been grateful to be able to be part of the Food Bank ministry, which offered the opportunity to do something small, but tangible, in response to the pain of this period. I would be honored to serve on the Vestry and further deepen my ties to St. Mary’s.