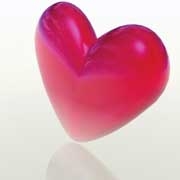 February 14, Valentine’s Day, known in pre-secular times as St. Valentine’s Day, is prime time for greeting card companies and florists. Last year, in pandemic times, a total of 152 million roses, red being the preferred color, were sold in the U.S. and somewhere in the neighborhood of 145 million cards were exchanged. Just look at the greeting card racks in grocery stores and drug stores. Valentines abound and for every conceivable relationship and that even includes endearing messages from pets to their beloved human person. Sentimental, silly, romantic, even sometimes, snarky messages convey the underlying themes of appreciation, affection, devotion.

How did all this get started and who was Saint Valentine? Legends are many but one credible version is that Valentine was a priest who was martyred in Rome on February 14 in about the year 270, the time of terrible persecution of Christians by the Roman Emperor Claudius. It happened that Valentine’s martyrdom occurred on the eve of the Roman festival of the Lupercalia, when Roman youths drew the names of girls who would be their partners during the festival. Connection? Oblique, but possibly linked to another legend that Valentine secretly married young couples in defiance of the Emperor’s ruling that young men should shun family life and focus instead on fighting the Empire’s wars. Martyrdom, romance, lovers: Valentine’s Day is beginning to take shape. In the Middle Ages, when pilgrimages were much in vogue, a church dedicated to Saint Valentine (he was canonized in 496) was built near a great gate leading into Rome. The church was the first thing pilgrims saw when they entered the Eternal City and the last thing they saw as they began the trek home. Is this how the devotion to St. Valentine spread throughout Europe? That’s one theory, but there is more. In English folklore of the Middle Ages, a popular belief held that February 14 was the very day on which birds selected their mates. In 1382, Chaucer referred to this popular legend in Parliament of Fowls. “For this was on St. Valentine’s Day when every fowl cometh there to choose his mate.” Now, make the connection: if February 14 was a day for birds to pair up, then it must also be a good day for boys and girls to pick a sweetheart. Flowers, little gifts, sweet things, endearing messages were exchanged and cherished. There you have it. St. Valentine became the patron of lovers and February 14th a day to think about loving connections of every sort.

Back in Sunday school days when Valentine’s Day rolled around, we cut out lots of red hearts—red, the color of martyrdom; hearts the seat of emotions and love, joy, and courage. We didn’t belabor the symbolism, we were just intent on creating lovely heart garland to take home. We made up pretend Valentine messages. What Bible person would receive this one? “Roses are red. Violets are blue. Locusts and honey would go in your stew.” Or “Roses are Red. Violets are blue. You put down your nets and fished for men, too.” Or “Roses are Red. Violets are Blue. I brought in the animals two by two.” We crafted an assortment of Valentine cards and decorations (think cupids, hearts, doilies) to accompany Food Bank deliveries. We read Bible stories with an underlying message of love and caring. You can’t beat the story of the Good Samaritan to make that point. The story of young David, long before he became the revered king, and his childhood friend Jonathan showed us the lasting power of loyal friendships. We read stories of saints in the past and saints among us today whose good works show us that love and caring are intertwined. St. Valentine would surely have agreed.

This year, before we put St. Valentine aside as a pious legend and relegate Valentine’s Day to blatant commercialism, let’s remember that at its essence the day is and always has been a reminder of the enduring power and importance of love. You might not find it in a greeting card, but of course, St. Paul says it best:

Love is patient and kind; love is not jealous or boastful;

it is not arrogant or rude; Love does not insist on its own way;

it is not resentful; it does not rejoice at wrong,

but rejoices in the right. Love bears all things, believes all